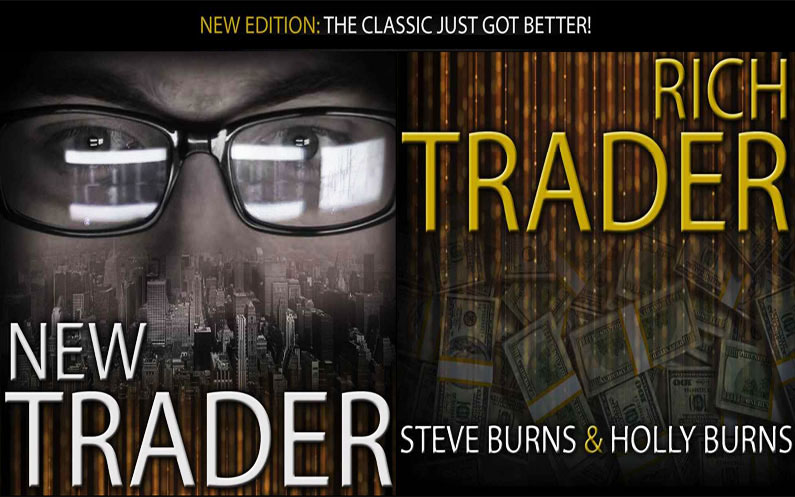 Who Is Steve Burns?

He is the author of several best-selling books such as Trading Habits, or Moving Averages 101, among many others.

And he also is one of the most widely followed trader on Twitter (@SJosephBurns), offering daily doses of great advice to many traders on twitter, facebook, instagram and on his blog, New Trader U. 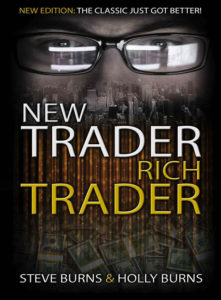 What Is “New Trader Rich Trader” About?

“New Trader Rich Trader” is the story of New Trader, a fictional character that portrays a young and inexperienced trader just starting in the business and learning the ropes, with the help and mentorship of Rich Trader, a successful veteran trader.

What I Liked About The Book

The book is easy to read and retain, and I find this second edition particularly well-written, compared to the first edition.
It depicts the journey most new traders go through while trying to succeed in the markets.

The book covers core and timeless concepts that are absolutely key for new traders to understand if they want to have a chance to make it in the market, in this environment where so many fail.

And Steve brilliantly made these concepts easily digestible for all readers by using the fictional character New Trader, character with whom, virtually any trader can all relate to at some point. And the fictional character Rich Trader is like a mentor who’s teaching us invaluable lessons, if we have the wisdom and willingness to listen and learn.

“When a new trader enters the stock market with money but no experience, the odds are he will quickly gain experience by losing money“

Here are some of the many very important trading principles laid down in “New Trader Rich Trader“:
– Always have a trading plan
– Have a journal
– Treat trading as seriously as you would with a real business
– Trade a system and not your opinion about what the market will do
– Find ways to lower your risks
– Understand that you can lose money on ANY trade
– Always verify whether what you are learning is actually statistically true
– Stick to one system
– Never Giving Up

This book definitely is a book I would have needed when I first started trading. There’s no doubt it would have helped me shorten my painfully long learning curve.

There’s not much I didn’t really like about the book.

One thing I picked up on though, was Steve’s bias toward his own successful trading strategy, which is trend following. Although it is clearly explained that traders should gravitate toward a strategy that makes sense to them, I felt that this book kind of advised new traders to lean toward trend following and avoid the pitfalls of day trading.

This is sound advice, since there so many great traders that were trend followers, such as Jesse Livermore, Nicolas Darvas, Ed Seykota and Richard Dennis, just to name a few.

But one could argue that any strategy has the potential to make money as long as it has positive expectancy.

Although the book is more intended for beginners, people starting in this perilous endeavor that trading is, the principles in this book are so important that even seasoned trader should read through it from time to time, just as a reminder. Reminding ourselves of the core principles is never ever a waste of time.

I’d definitely encourage every new trader to read this book, so they can shorten their learning curve by gaining a much better understanding of the timeless principles that separate unsuccessful traders from the few successful ones. They’ll quickly understand what trading is about, and what trading is not about.

“My plan is to double my account in a few months, and then double it again so I can build it up to $40,000 to trade with next year”… “So you’re planning to be on of the top traders in the world the first year you trade?“

1- “Your first job as a trader is to focus on trading, not profits”

5- “You won’t ever ‘figure out’ the market. You can’t predict the markets; you can only react to the signs it gives you.”

8- “When someone calls some big event in advance, the majority of the time it was just a lucky call because someone was bound to be right with all the people making predictions.
[…] They become a guru until their next few predictions don’t come true and people move on to the next guru who is right on a big call”

9- “One affair can cost you your marriage, just like one big trade with too much risk can cost you all your capital”

10- “People who are successful become experts in one area. They do not jump around and become a jack-of-all-trades and master of none” 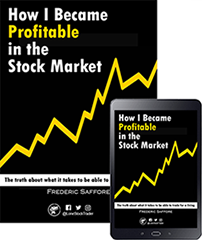