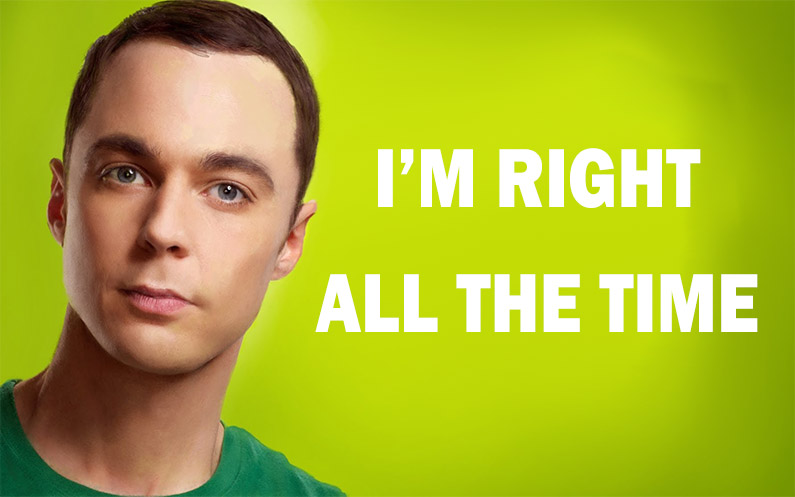 Making money as a trader is not about finding that one trade that will change your life forever. You can’t bet the farm on only one trade, it is just too risky. Even if you have a 99% chance of winning and a 1% chance of losing it all, those odds are just not acceptable. As Ed Seykota puts it: “If you lose all your chips, you can’t bet”.

Making money in trading is a making a series of trades following a strategy that has an edge, AKA positive expectancy, meaning that over time you make more money than you lose.

There are 3 main elements required to calculate the expectancy of a system in trading:
1- The win rate (AKA win/loss ratio, or batting average): The percentage of winning trades
2- The average gain
3- The average loss

The expectancy of a system can be calculated like this:
[win rate x average gain] – [(1 – win rate) x average loss]

Now let me ask you a question:
Which one of the 2 winning following trading strategies would you rather choose?

Take the time to answer in your head.

The answer is that both of those strategies have the exact same expected return per trade. You should earn about the same amount of money with either strategies, after a series of trades.
However, most people would rather choose the second strategy, the one where you win 70% of the time.

Why People Are Looking For a High Win Rate

There is a caveat though. And it is that we can’t control the market. And over the long run, a high win rate is seldom achievable.

There are so many ads and beginners (or con artists) that boast a strategy with an “indecent” win rate:
“Simple Trading Strategy with 90% Winning rate”
“I have about a 90% win rate after 234 trades in 3 full weeks”
“I started trading about 6 months ago and I have a win rate of about 70%“…

“When it comes to trading, the amateur traders who are right more than 50% of the time when they are starting out will attribute their success to their superior decision-making skills, rather than simply a matter of chance” – Jack Schwager

As Peter Brandt puts it: “A trading system that lives up to the claims of the scammers (an 80/20 win/loss ratio with big wins) has an asymmetrical profile that is so many standard deviations away from the mean that it is not worth unpacking the data for you. You will just have to trust me on this”

The truth is that the very best traders out there are right only about 50% of the time or less: William O’Neil, Mark Minervini, Peter Brandt, Bill Lipschultz, Colm O’Shea, Ray Dalio, Bruce Kovner, …

Steven Cohen, one of the best stock traders out there who was also features in Stock Market Wizards and is mentoring traders said: “My best trader makes money only 63% of the time. Most traders make money only in the 50% to 55% range. That means you’re going to be wrong a lot. If that’s the case, you better make sure your losses are as small as they can be, and that your winners are bigger.”

Mark Minervini: “On average, I’m only profitable about 50 percent of the time”

Peter Brandt: “I assume I will be wrong. I am wrong about 65% of the time”

So if the very best traders in the world are only right about 50% of the time, how are we, puny humans, supposed to find a system that is right much more often than wrong?
The good news is that we do not have to.

The profit/loss ratio is your average win to your average loss. And if over a sequence of trades, you, on average, make more money than you lose, you make money over time despite being right only 50% of the time. This is how professional traders make money consistently.

And as opposed to the win rate which is outside of your control, you have much more influence over your profit/loss ratio. Indeed, you can control how much you will lose on a trade by using stop losses. You are the one who decide to enter a new position at a certain price following a certain setup and you are the one who decide where to place your stop loss. If like all the successful traders, you keep a neat track record of your trades, you should know your average profit % and average loss %. Based on that, you can easily adjust your stop loss level and type of trades you take, and put yourself in a position to make much more money when you’re right, than lose when wrong.

To put yourself in such a position, you basically have to cut your losses short and let your winners run, or least give your winners time to get at least 2 times bigger than your average loss.
However, one of the reason why most traders lose money is because the tend to do the exact opposite, as we’ve seen in this previous post on loss aversion.
And even, for instance, if you are a unicorn and are right on average 65% of the time, but make on average 5% profit when right and lose 10% when wrong, you will actually lose money over time.

So there you have it. Unprofitable traders think the Holy Grail of trading is a strategy with a high win rate. They seek short term satisfaction over long term profits. Successful traders know that what matters most is the profit/loss ratio which is something you actually can have some control over. You must make much more money when you win, than give up money when you lose.