Living Off Trading: Is It Possible? 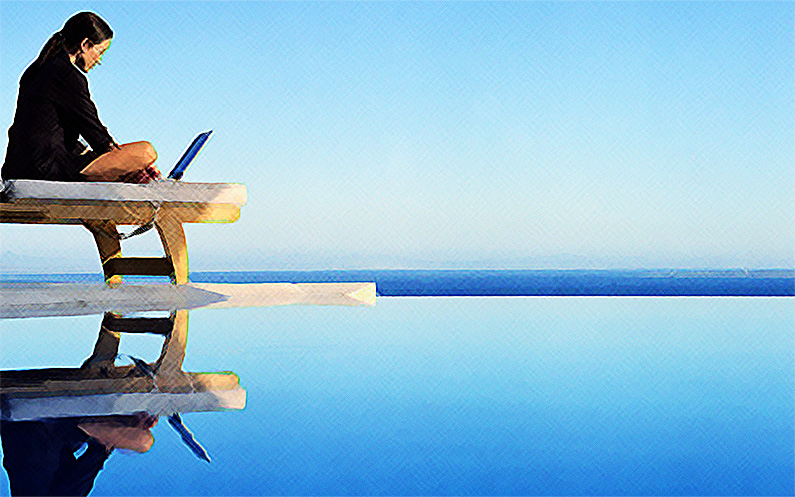 I receive quite a lot of questions revolving around full-time trading.

Here’s a recent one I received on Twittah from @StrengthTrading:

Hi There!I’ve been following you for a while and enjoy every post you make. I also read your free Ebook and really enjoyed that so thank you. I’m sure you get a million messages, but I am a newer trader (almost 1 year in now). I have some good stretches but just can’t seem to be consistent. What was your number 1 biggest breakthrough that made you consistently profitable? I hear a lot of people say that trading for a living is not possible…is it actually? I am 100% sure that this is what I want to do and I am willing to do anything to make it happen. I just am trying to figure out what I need to improve on to make my dream a reality. Any kind of advice would be extremely appreciated!

MY GREATEST “AHA!” MOMENT THAT TURNED ME INTO A PROFITABLE TRADER

Despite having come up with a complete trading strategy, I kept on losing money consistently for several years. At some point, I faced reality and decided to take a break and re-read some of my favorite trading books.

“It is post-analysis that turned my trading around early in my career” – Mark Minervini
“I believe that if struggling traders spent as much time studying their trades as they did their charts, then they would be way better off” – Mark Ritchie II

Reviewing my past trades was something I had always neglected up until that point. So since nothing else was working and I was stuck, I decided to take the plunge, and take the time required to face the music and go through something like my past 500+ trades.

I took me almost 2 months… but this was my biggest personal breakthrough, the tipping point between losing and making money consistently:
I discovered that by blindly following my rules, I would have made an astonishing 40% and 75% return in the last 2 years.
So instead of losing money for 2 years in a row, just by following religiously my set of rules, I would have made a mind-boggling 145% return.

The very meaning of “good” and “bad” trade had completely shifted. A good trade was not a trade where I made money anymore, but a trade were I followed my plan perfectly. A bad trade was now a trade where I violated my rules.
The short-term outcome of whether my last trade was profitable or not – had no more importance anymore. I had complete confidence in my strategy. I knew that by the end of the year, given the fact that the odds were in my favor, I would have made money.

TRADING FULL-TIME: IS IT POSSIBLE?

Yes, I’ve been living off my trading (my only source of income) for the last 4 years. It is quite the dream job since I can trade from anywhere, it doesn’t take me much time, I don’t have to deal with a boss, employees, customers, products, marketing, …

BUT, although it is definitely possible, full-time trading is a delicate topic because it is NOT for everyone.
Everyone want the result. But not everyone is ready to go through the process to get there.
Lots of people do not have the time, the patience, the passion, the grit, risk tolerance, or simply the need to trade full-time.
On top of that, as tough as it is to hear, most of us do not know ourselves very well. We tend to grossly overestimate our abilities, and often tend to overlook the sacrifices required in order to reach a goal as we focus only on the potential result and not the process involved.
The folks at Tradeciety wrote a very nice article on the subject a while back.

Now, if you REALLY, REALLY want to be able to trade full-time (… as much as you want to breathe), here are in my humble opinion the 4 requirements:

2- You have experienced several market conditions

If you are trading only one strategy, like most hand traders, it is 100% sure that it won’t work all the time. There will be some periods where the market conditions are not conducive to your strategy. You need to either have backtested, or experienced yourself such more or less extended periods of time to make sure that, at the very least, your account will not suffer a large drawdown.

This is a no-brainer. As a full-time trader, I pay myself once a year, an amount that will not only cover all my expenses for the year, but also cover any emergency. You never know what can happen in your life, and you never know whether the market will be kind to your trading strategy this year.
By the way, as a full-time trader, you have a location independent job. You can trade from virtually anywhere in the world, as long as you have a decent Internet connection. I’m currently based in Southeast Asia where the cost of living is much cheaper than in the U.S. or in Europe.
I’m of course not telling you to relocate, but lowering your living expenses as much as you can will definitely make it much easier for you, at least until your trading account is much larger.

Since you have been profitable for at least 3-4 years, you have a good idea of how much your trading strategy can return on average.
In my opinion, your average dollar returns should be at least twice as big as your yearly expenses.
Why?
First off, again, you never what will happen in the future and you need to be comfortable enough so your profits will largely cover any emergency that might arise on top of your expenses.
Secondly, the goal is to be able to compound your returns and the only what to do so is to reinvest a big part of your profits, so that your yearly returns will grow exponentially over time. That’s one of the biggest advantage trading has over a normal job: uncapped salary growth potential. But it can only be accomplished if your yearly returns are much larger than your yearly expenses.

This number will of course vary depending on your yearly expenses and your average yearly return.

Although this number might seem quite large, no one said it was going to be easy, and it is of utmost importance that you have realistic expectations. If it was easy, a lot more people would do it.

And if you think you can do it with much less, by all means, try it out for yourself. We all know that failure is the best teacher. I personally was no exception to that rule of life.