How I Shifted My Focus From Money to Trading 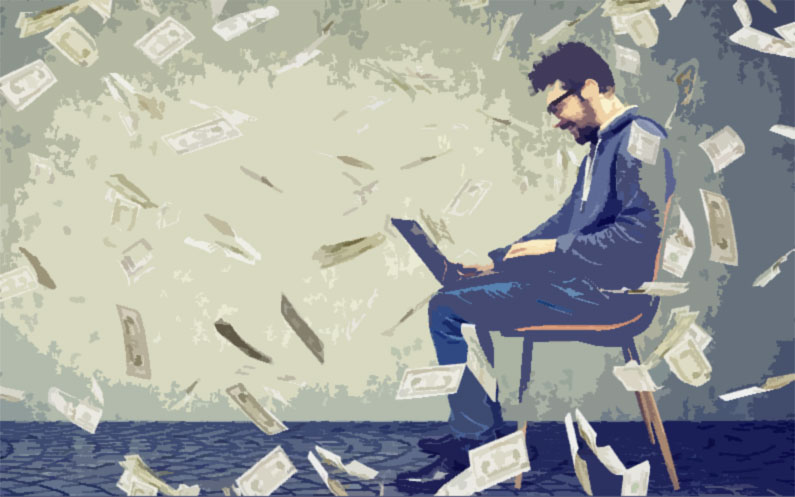 10 years ago, I lost a whopping $700k in the market. That was 70% of all the money I had at the time.
The details are not that important, but it is something 99% of traders went through, or will go through: a mentally devastating loss.

To add pain to injury, as you might have noticed, I was technically a millionaire… and I had already made up my mind (and lived as if) I wouldn’t have to work anymore in my life and would simply live off the dividends…

Fast forward, I decided to launch a start-up business in Singapore, a penny auction site. This is the kind of business that looks good on paper, but if you don’t have enough traffic, you can lose a lot, and quickly. And that’s exactly what happened.
Long story short, I closed down the business after 12 months of seeing more and more of what was left of my capital disappear almost every single day.

Those 2 events, made me extremely risk-averse and money-focused, to say the least.

When I then went back to trading, I never really had a problem cutting my losses quickly as you can imagine. Avoiding a large loss was the utmost priority for me. So I wasn’t losing too much per trade, fortunately.
But I wasn’t making much either. I was too afraid to lose small paper profits and my account kept on going down for a couple of years, simply because I couldn’t let my winners run and was experiencing the proverbial “death by a thousands cuts”. My profitable trades weren’t big enough to cover all my small losses.

After years of struggles the light bulb finally popped up in my head when I decided to take a break from trading and find out how much I would have made if I had followed my strategy perfectly.
I discovered that I would have made money every single year, instead of losing every single year…
That’s basically when I discovered that my trading profitability depended on me NOT focusing on the money, not focusing on the outcome of a trade, not trading my P&L.
The only way for me to make money was to shift my focus away from it. The only thing that really mattered was the perfect execution of my strategy, the focus on the process, or basically, the focus on trading well.

The day I discovered that is the day I became profitable, even though my P&L wasn’t showing it yet.

I actually had read that advice on not focusing on money many times in many books. But I finally, genuinely, understood it. It finally became part of my thinking process, part of me.

After that aha! moment, I didn’t become a money machine over night though. I still made many mistakes (and I still am), but knew what to focus on, and never had a losing year since then.

What really helped me shift my focus away from money:

I’ve now reached a point where my focus on money has greatly diminished, and it has not only allowed me to trade a heck of a lot better, but also take larger and larger dollar positions as my account grows. And the icing on the cake: much less stress.

And this my friends is how I humbly think you should approach trading.

Don’t focus on the money. Focus on trading well. Money will be the result.

And if you think you know that but cannot act accordingly to that belief, then you just haven’t really accepted it. And you need to both work on your mindset and on finding ways to shift your focus.

“Games are won by players who focus on the playing field, not by those whose eyes are glued to the scoreboard”
– Warren Buffett