Do NOT Look For a Trading Strategy That Suits Your Personality 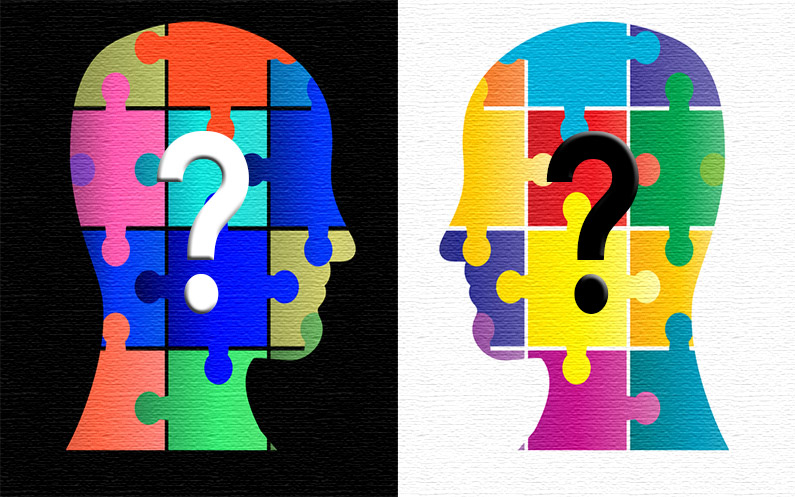 Conventional wisdom often produces conventional results.
There is a common advice given to new traders who are struggling to find a trading strategy:
“Find a strategy that suits your personality”
This is in my humble opinion a wild oversimplification and even an erroneous advice that confuses more than it helps.
Let me make a bold statement here:
Most of our natural personality traits are counterproductive when it comes to trading. Click To Tweet

“Why do almost all speculator lose money? They lose because successful speculation requires that we consistently do that which is psychologically uncomfortable and unnatural” – Richard Weissman

“There is a persistent overall tendency for equity to flow from the many to the few. In the long run, the majority loses. The implication for the trader is that to win, you have to act like the minority. If you bring normal habits and tendencies to trading, you’ll gravitate toward the majority and inevitably lose” – William Eckhardt

Most of what we naturally do and think do not work in trading. Here are a couple of examples:

Behavioral economists Amos Tversky and Daniel Kahneman demonstrated that we tend to prefer avoiding losses to acquiring equivalent gains. It’s called the “loss aversion” bias. The result is that we are more risk-averse when it comes to gains, and risk-seeking when it comes to losses. This is the exact opposite that has to be done in order to make money consistently in the markets.

Another issue is that we love to be right. We need to be right. That’s how we’ve been raised. That’s what society taught us. In general, being right makes us feel good and being wrong makes us feel bad. So far nothing wrong with that 😉
However, when it comes to trading, you are going to be wrong. A lot. Our need to be right leads many traders to make a plethora of mistakes that result in consistent loss of capital over time.
For instance, they let small losses snowball into large losses, take too large a position, follow blindly someone else’s trading signals, …
This is why you often hear in the trading world “You either want to be right, or you want to make money“.

Taking losses big or small, often is a painful experience for the vast majority of people. The bad news is that losses just cannot be avoided in trading. They are part of trading.

We naturally want to find shortcuts in life. However, trading, just like any other profession, requires several years of practice and dedication before becoming good at it.

So you get the point. As William Eckhardt puts it: “If you’re playing for the emotional satisfaction, you’re bound to lose, because what feels good and is often the wrong thing to do”

Trading Challenges Many of Your Beliefs

On top of having many of our natural inclinations being counterproductive to successful trading, you’ll discover on your journey that trading will challenge many of your beliefs.
In fact, from my experience, MOST of what you think you know about successful trading is dead wrong.
Always keep in mind that 90% of traders fail. So don’t think for a minute that what you currently know or what conventional wisdom says will turn you into a money-making machine.

“We don’t really know ourselves, what we really like, and what we want.” – Walt Disney

For instance, a study from 1986 conducted by McCormick, Walkey and Green revealed that we have a strong tendency to consider ourselves above average. 80% of the participants who were asked to evaluate themselves as drivers rated themselves above the median. Many studies confirmed this bias in many different domains such as intelligence, popularity, relationship, health, …

We often have the illusion that we know ourselves, while we are subject to so many cognitive biases that make us think and act in irrational ways.
It is for instance very difficult for us to know exactly how we would react if confronted to different types of stressful situations, in an environment that is unfamiliar.
Since we have such difficulty to evaluate ourselves, what makes you think you actually know yourself well enough to choose a strategy that will suit your personality?

Many beliefs I had about how to make money trading the markets turned out to be completely wrong. For example, I used to think trading was just gambling. I also used to think we could only make money when the market was going up. Then I thought it was about being right and figuring out the exact bottoms and tops. Then I thought I could get rich just listening to guru’s picks or reading analysts reports. I also used to think just reading a couple of books and watching a couple of videos would turn me into a profitable trader. The list goes on…

A big part of our personality comes from the beliefs we have acquired from others and from our past personal experiences. However, learning something new – and trading is no exception – will definitely challenge your preconceived beliefs and thus your personality.

So, since what feels natural to us often doesn’t work in the markets, and many of our beliefs are actually counter-productive in trading, what strategy should we gravitate toward?

We Have the Power to Change, to Adapt

“It is not the strongest of the species that survives, nor the most intelligent that survives. It is the one that is most adaptable to change” – Charles Darwin

As human beings, we are very adaptable. Our brain also is very adaptable. Our brain’s connections are always changing and can adapt to new situations, helping us forming new habits, learning new things, …
Having struggled for 5 years before becoming consistently profitable, I first gravitated toward a strategy that had the potential to bring me the financial reward I was aiming for.
In order to be able to make money using this strategy, I had to change many of my pre-conceived beliefs and overcome many cognitive biases. I basically had to adapt myself to it.
Therefore, I did not choose a strategy based on my personality. I chose one that worked, a strategy that made money over time, and I was the one who had to adapt myself to it.

Here are a couple examples of how I had to adapt myself to my strategy. I had to learn to:
– stop focusing on the money
– feel comfortable trading breakouts to new highs
– fight my tendency to exit my trades too early
– fight my urge to trade even when there was no good trade within my strategy
– sacrifice short term rewards for long term positive expectancy
– stop comparing my results with other traders
– …

In the end, during my journey to successful trading, I think my personality changed more than ever before in my life.
I also learned the key to success in trading. It is discipline. The discipline to follow a strategy, no matter what.

A good example of a very successful trader who had to adapt himself to his strategy is Mark Minervini.
Here is an excerpt from the book “Stock Market Wizards” written by Jack Schwager:

“One exercise that Minervini did that proved extraordinarily helpful to him was to analyze his past trades. The insights of this analysis changed his trading style forever and helped him to make the transition from marginal performance to spectacular success. […] Other traders and investors may find that a similar comprehensive analysis of their past trades reveals patterns that point the way to improve their own performance.
The method that Minervini eventually developed was precisely the opposite of his instinctive approach as a novice, which was buying low-priced stocks that were making new lows.
Success required not merely the adaptability to modify his initial approach, but also the flexibility to acknowledge that his original ideas were completely wrong.
Early failure does not preclude long-term success, as long as one is receptive to change”

The Steps to Finding Your Trading Strategy

So, from my own experience, I would say that you should not try to desperately find a strategy that fits your personality.

The first step is to make really sure that you are in the game for one reason only, to compound your money consistently.
Do NOT enter the trading game if:
– you want to get rich quick
– you want a steady monthly salary
– you’re in the for the thrill of the action, for satisfying the gambler inside of you
– you just want to prove that you’re better than someone else
You are in the game for making money consistently on a yearly basis, and you have be ready to be flexible, open-minded, and willing to change your old beliefs in order to succeed.

Then, the next step is the learn about several different positive expectancy strategies, strategies used by traders who are actually making money consistently in the markets.
Only after learning several winning strategies can you then choose one, or create one based on your new knowledge, one that fits both your schedule and reasonable monetary goals.

And the final step, is to adapt yourself to that strategy, to develop the necessary discipline and ultimately the habit to be able to execute your strategy flawlessly.
This final step will be the most difficult one. But if you can make it, it will be incredibly rewarding not only in your trading, but also in your life in general. Being able to adapt and develop a strong self-discipline will turn you into someone who has the potential to succeed in many different areas of your life.